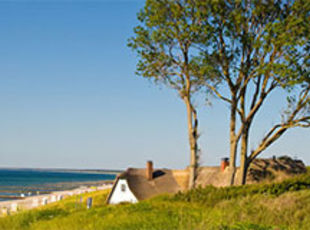 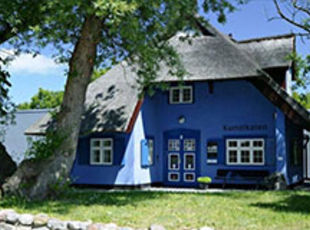 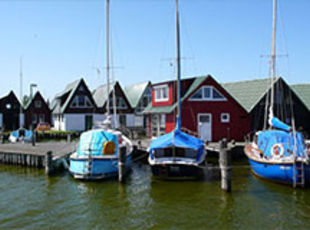 The mixture of tradition and modernity characterize his playing to this day. Born in Frankfurt, his education at the University of the Arts led him to Prof. Uwe-Martin Haiberg, with whom he completed a highly gifted course of study. As a contrast, he chose the English violin virtuoso Prof. Priya Mitchell for his further studies. She encouraged his joy in experimenting, which always allows him to tread new paths in his playing.

In 2009, he won the Rotary Club's Award for Outstanding Artistic Achievement at the Radolfzell International Music Festival on Lake Constance. The Südkurier wrote about his interpretation of Edvard Elgar's Violin Concerto: "There seems to be an almost magical agreement (...)". In the same year he was appointed top talent of the Stiftfestival (Netherlands) in the master class of violin legend Ivry Gitlis. Yoshika Shibata invited him to a master class for soloists in Berlin, where he repeatedly performed the violin concertos of Tchaikovsky and Brahms with the Neue Sinfonie Orchester Berlin in the French Cathedral under the baton of Gerd Herklotz. Since then concert tours have taken him to Europe, South Africa, Egypt and South Korea.

In 2015 he was awarded the concert prize of the city of Fermo (Italy) In 2016 the city of Frankfurt am Main supported him to realize his idea of an intercultural music festival for the Persian New Year and Spring Awakening in an unusual concert ambience. Since this performance at the Frankfurter Künstlerclub Montez, Puschan Mousavi Malvani has passionately pursued his goal of presenting classical music outside the usual concert scene. This is how his first CD "Zwischenwelten" (Intermediate Worlds) came into being, which builds a bridge between his oriental origins and his western musical education. Since 2017 he has been working with the "Dinu Lipatti Trio Berlin". He plays an instrument from the studio of master violin maker Jonas Gierten in Wiesbaden.

The pianist Cristian Niculescu was first trained at the Bucharest Conservatory of Music. In 1993 he moved to the Hochschule der Künste Berlin, where he continued his studies with Hans Leygraf and Georg Sava. As a participant in renowned international master classes, he was repeatedly a master student of Dimitri Bashkirov at the Summer Academy Mozarteum Salzburg. The multiple competition prize winner began his concert career in his native Romania, where he performed as a soloist with the Philharmonic Orchestra "George Enescu" and the National Radio Symphony Orchestra and the Chamber Orchestra of the Romanian Radio Bucharest as well as with the most important state Philharmonic Orchestras.

As part of the project "Sibiu - European Capital of Culture" he played as soloist under the direction of Gerd Albrecht in 2007. In the USA he performed with the Cleveland Chamber Symphony Orchestra and in Germany with the Berliner Symphoniker, the Brandenburgische Philharmonie Potsdam and the Anhaltische Philharmonie Dessau. He has given piano and chamber music recitals in Germany, Austria, France, the Scandinavian countries, Japan and the USA. He has performed in concert series with the Berlin Philharmonic, the Konzerthausorchester Berlin, the Deutsche Oper Berlin, the Danish Radio Copenhagen and the Norddeutscher Rundfunkinfonieorchester Hamburg.

Niculescu has been invited to numerous international festivals such as the Berliner Festspiele, the Hamburger Musikfest, the "George Enescu" International Festival Bucharest and the Classic Open Air Berlin-Gendarmenmarkt. He has produced CD recordings for various record companies and made recordings for radio stations such as NDR Hamburg, Deutschlandradio Berlin, Danmarks Radio, Norsk Radio, BBC London and Romanian Radio, including as a soloist with the Bucharest Radio Symphony Orchestra conducted by GMD Horia Andreescu. He has worked with Ruxandra Donose, Silvia Weiss, Mihaela Martin, Florin Paul, Frans Helmerson, Yossi Gutmann, Jeremy Menuhin, the Athenäum Quartet of the Berlin Philharmonic and the Aron Quartet from Vienna as well as with actors such as Jan Josef Liefers, Hermann Beyer and Felix Römer.

Niculescu is founder of the Dinu Lipatti Trio Berlin and the ensemble contempo paris as well as artistic director of the Chamber Music Days Ahrenshoop.